In most cases, the keys on a piano are almost always eighty-eight. Fifty-two are white and thirty-six black. The arrangement of the keys is seven octaves plus two initial notes (a third interval, from B to first C).

In practice, starting from the left, the white keys indicate the seven notes. These are: la, si, do, re, mi, fa, and sol. The major scale follows this series six times. Finally, the final C ends the keyboard.

The black keys are alterations, that is, the flats or sharps, and produce a higher or lower sound by half a tone compared to the neighboring white keys.

Some piano models, the grand piano, for example, add nine more keys. These lie on the bass side. That is, on the left. Thus, this extra set generates the eight complete octave.

The seven notes, that we now know, form a block called an octave. The keys on a piano repeat this series within the keyboard several times.

This could be confusing because you might be wondering how the first C (or DO) differs from the others. And why don’t they continue with the letters or names?

For pure usability, the 7-note tonal system has established itself over time. Classical musicians found it to be the most straightforward form of writing music. The octaves repeat upwards or downwards in blocks of seven as a simple convention.

Each note also represents a specific Hertz frequency. So, a low C note will generate a Hertz amount, which is different than a higher C note produces. Therefore, both notes, although called C, are distinctive sounds.

How many keys do you need?

The 61 key keyboard is optimal to start learning the piano. This is the format of entry-level electronic pianos. It is convenient and represents a high-quality portable solution that makes learning easy and fun. It offers realistic sound, and the latest models can connect with apps that help to practice the tunes. The 49keys version only has four octaves but takes up less space.

A 76 key piano focuses on the musician’s inspiration and the pleasure of playing the piano. It presents a portable design similar to the best grand pianos keyboards. This is a great choice for semi-professional musicians who do gigs for parties and events.

The 88 key piano is the standard format. This is the stereotypical image of a piano that we have in our minds. It allows for two people to play at the same time.

When learning to play the piano, having 88 keys available makes the difference. Although smaller keyboards are portable and easy to handle for younger players, a standard-sized 88-key keyboard helps a lot. Musicians develop the correct technique, and it allows you to become a more expressive performer. 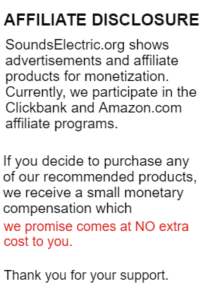